October 28, 2017
I woke up to sunshine streaming through the window.


Two cups of coffee later, followed by scrambled eggs, avocado and salsa is a great way to start the morning. Jason and Julia have been the BEST hosts.

Later, I explore the property with Jason, Julia and Lady. It is both invigorating and refreshing.

Afterward, I say goodbye to Julia and Lady and Jason drives me to Wolfville. He makes a stop at a look off point with views of The Bay of Fundy. Absolutely amazing! 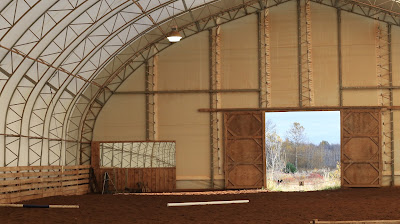 At the theatre, we say goodbye and he heads back home.  After another coffee, I head in to watch ‘Look & Sea: A portrait of Wendell Berry’ w/'Bagels in the Blood’, followed by a moderated panel discussion. ‘Look & Sea’ has left me a bit emotional, and I listen to part of the panel discussion, but leave early to get some lunch before my afternoon bus. I run into my Screen Arts teacher Janet, as I head out and we talk about the festival. It’s great to catch up.

Already it’s time to go home. I’m leaving early due to a script session in the morning for Film 5. Devour, has surpassed my expectations, and I hope to attend again in the following year.


On the bus home, I read scripts in preparation for the morning session. 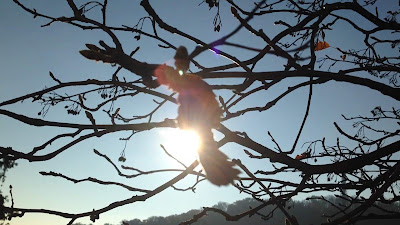 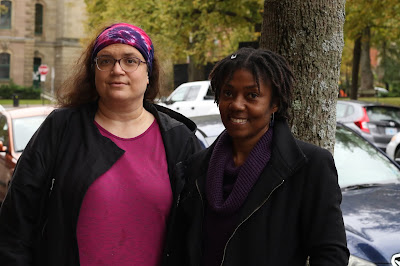 It's been a while since I've blogged, three years to be exact. So much has happened... In the past two years we all been through a pandemic, it's been scary, different, but on many levels sobering and allowed me to refocus on what's important in my life.  What's stuck with me and have helped me through is family, faith, and drive... Drive to share my stories and create, small things, big things and everything else in between. This has kept me sane, centered and grateful. Some of the small and in between things I've been creating are scripted and factual films. I'm in the process of writing and directing my first NFB (National Film Board of Canada) short doc, producing another short doc, that I won a grant for and making a short, scripted film (Eua-Lander), through AFCOOP's (Atlantic Film Cooperative) Film 5 Program.  It's exciting and sweet, as 4 years ago both Emma (my producer on Eua-Lander) and I had both applied to Film 5 on separate projects, 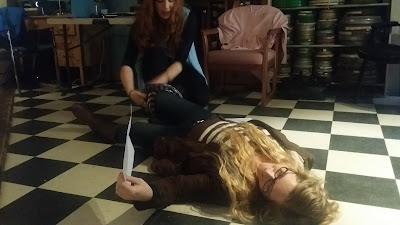